The goal of network development is to identify and engage major stakeholders who can support the successful achievement of organizational goals and objectives.

L. Wade Rose, principal of LWR Strategic Relations, has supported policy and program development efforts in the administrations of California Governors Jerry Brown and George Deukmejian, in academic medicine at UC Irvine and the USC School of Medicine, and in numerous positions within Dignity Health including strategic planning, communications and public policy in the Bay Area Region and as System Vice President of External and Government Relations supporting the Common Spirit Health CEO. 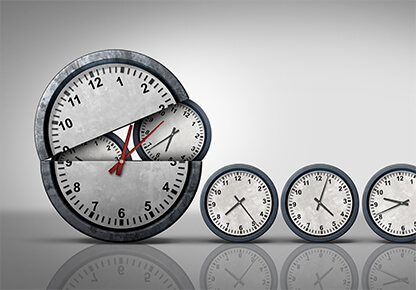 A native Californian, Wade was born and raised in Carmel California. His father was the City Manager and co-owned and published the Pine Cone – Carmel's local newspaper. Very active in civic affairs his father helped found the Laguna Seca Race Course, rebuilt the town's outdoor Forest Theater and participated in establishing many events such as what is now the annual Concourse Week. Engaged in state politics as well, Wade's father brought him on trips to Sacramento and Washington DC where he was exposed to government on a broad scale.

In Carmel High School Wade built on his family's civic history becoming editor of the school's paper and then High School President during his senior year. In college at Sonoma State University he majored in humanistic psychology. During graduate studies at Sonoma he became staff to Sonoma County Supervisor Bill Kortum supporting the Supervisor on policy development and implementation. While working for the Supervisor he was asked to work for newly elected California Democratic Governor Jerry Brown on environmental and alternative energy policy issues and became Deputy Advisor for Energy and Environment.

During his time in the Brown Administration Wade met and married Madalene McKenna. Their family eventually grew to three active children.

At the end of Brown's term Wade was one of a few Brown Administration appointees asked to continue to work on energy and policy issues for Republican Governor George Deukmejian and supported Secretary of the Environment Gordon Duffy.

Leaving the Deukmejian Administration, Wade was recruited to be Associate Dean at the UC Irvine School of Medicine in charge of civic engagement, communications and fund development. From there he moved to the University of Southern California (USC) School of Medicine and was responsible for the same matters.

From USC he was recruited to be Vice President of External Relations at St. Mary's Hospital in San Francisco, a member of the Catholic Healthcare West (CHW) organization. Soon after arriving at St. Mary's CHW established the eight hospital Bay Area Region and Wade became responsible for the Region's civic affairs, communications and fund development.

Later, he transferred to the System Office and became System Vice President for External and Government Relations primarily supporting the company's CEO Lloyd Dean. At the time CHW was the largest not-for-profit hospital organization in California and the Western United States. During this period CHW changed its name to Dignity Health and then merged with Catholic Health Initiatives to become Common Spirit Health – the largest faith based not-for-profit hospital organization in the country.

Located in the San Francisco Bay Area & serving clients in all 50 states.